LiDAR, which stands for Light Detection and Ranging, is a remote sensing technology that measures ranges (variable distances) to the Earth by using light in the form of a pulsed laser. These light pulses—combined with other data recorded by the airborne, terrestrial, or underwater system— generate precise, three-dimensional information about the shape of the Earth and its surface characteristics.

LiDAR is an active optical sensor that transmits laser beams toward a target while moving through specific survey routes. The reflection of the laser from the target is detected and analyzed by receivers in the LiDAR sensor. These receivers record the precise time from when the laser pulse left the system to when it is returned to calculate the range distance between the sensor and the target. Combined with the positional information (GPS and INS), these distance measurements are transformed to measurements of actual three-dimensional points of the reflective target in object space.

Laser pulses emitted from a LiDAR system reflect from objects both on and above the ground surface: vegetation, buildings, bridges, and so on. One emitted laser pulse can return to the LiDAR sensor as one or many returns. Any emitted laser pulse that encounters multiple reflection surfaces as it travels toward the ground is split into as many returns as there are reflective surfaces.

Post-processed spatially organized LiDAR data is known as point cloud data. The initial point clouds are large collections of 3D elevation points, which include x, y, and z, along with additional attributes such as GPS time stamps. The specific surface features that the laser encounters are classified after the initial LiDAR point cloud is post-processed. Elevations for the ground, buildings, forest canopy, highway overpasses, and anything else that the laser beam encounters during the survey constitutes point cloud data. 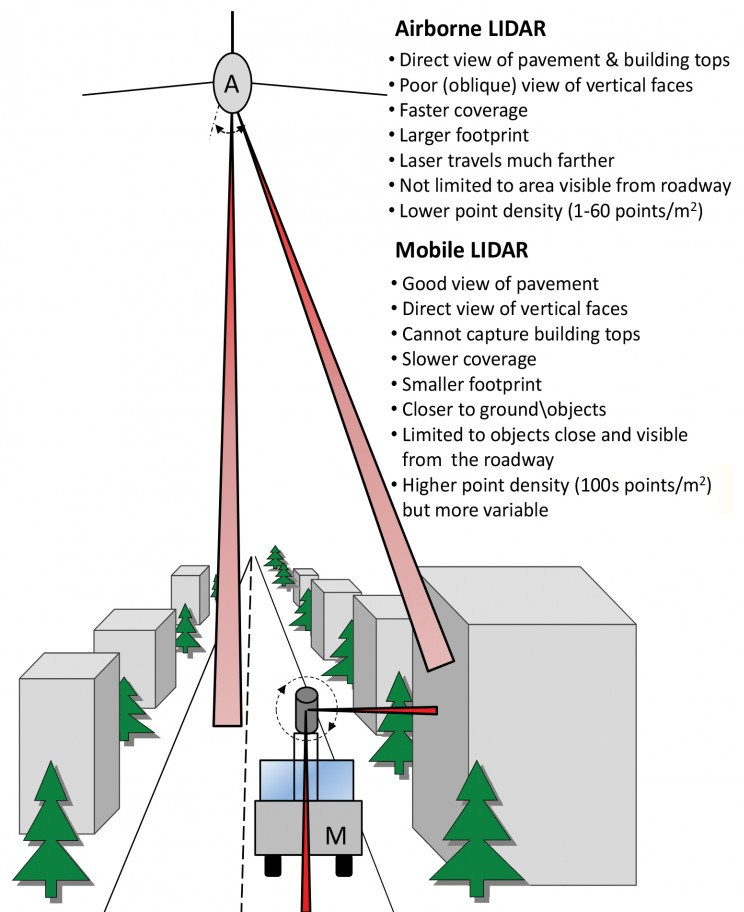 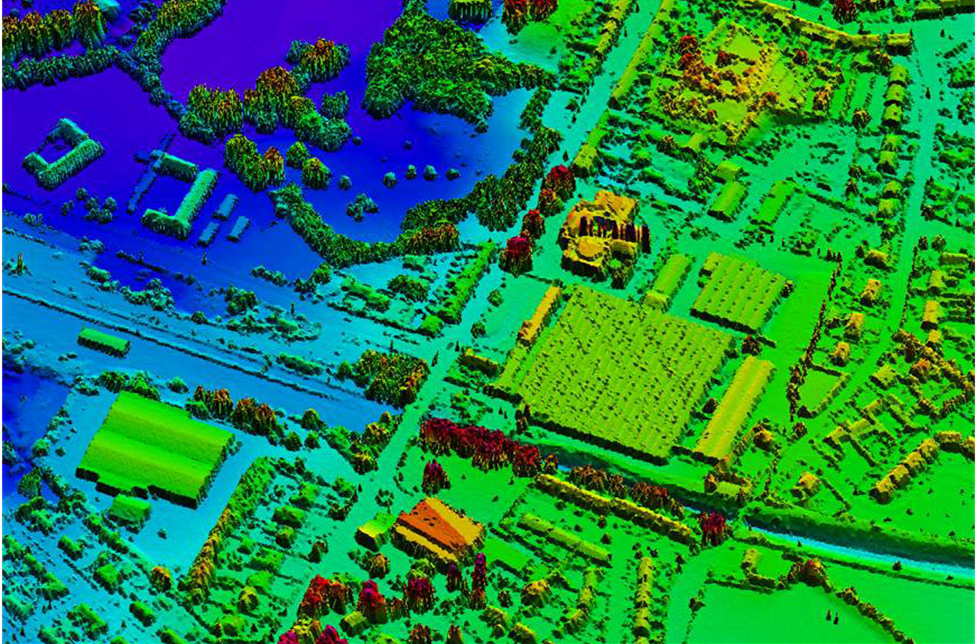 Mobile LiDAR is an innovative mapping solution that incorporates the most advanced LiDAR sensors, cameras and position/navigation to collect survey-quality point data quickly and accurately.

Mobile lidar (also mobile laser scanning) is when two or more scanners are attached to a moving vehicle to collect data along a path. These scanners are almost always paired with other kinds of equipment, including GNSS receivers and IMUs. One example application is surveying streets, where power lines, exact bridge heights, bordering trees, etc. all need to be taken into account. 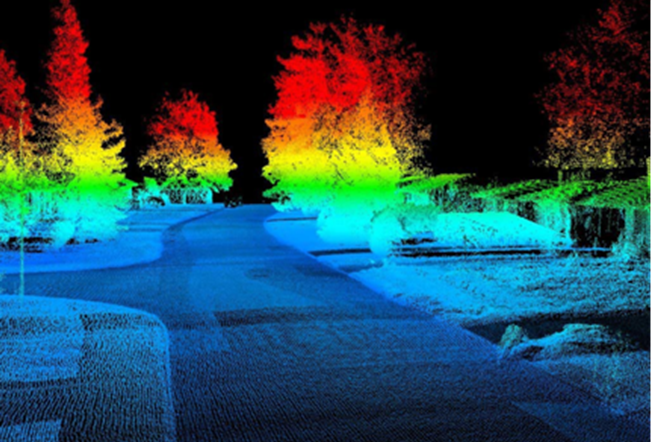 Terrestrial applications of lidar (also terrestrial laser scanning) happen on the Earth’s surface and can be both stationary or mobile. Stationary terrestrial scanning is most common as a survey method, for example in conventional topography, monitoring, cultural heritage documentation and forensics.

The technology can provide sub-centimeter level accuracy by capturing data using HDS. Once captured, the laser scanned data points that comprise planar surfaces can be modeled and intersected to create vertices with a much higher level of accuracy and precision than if located by any other available means.

Terrestrial LiDAR can also be used to producing Digital Terrain Models (DTM with a georeferenced point cloud dataset. Using this dataset, features can be developed and imported into a Microstation DTM file from which a triangulated irregular network (TIN) is produced with sub-centimeter level accuracy.